Previously, multiplayer Mario Kart Live: Home Circuit was a complex and costly endeavor. You’d need two karts — the base game only comes with one — as well as two Nintendo Switch consoles, and the action would play out on each player’s Switch screen. With the 2.0 update, you can hook up one Switch to a TV so both players can stay on the couch as they race their karts around the room.

There’s also a new Relay Race mode that allows for multiplayer games with just a single kart. Between two and four…

Apple has rolled out iOS 15.1.1, and you may want to install it if your iPhone 12 or iPhone 13 has been dropping calls. The update comes with bug fixes specifically for Apple’s more recent phone models, including one meant to improve their call drop performance. This release comes almost a month after the tech giant launched iOS 15.1, which enabled its long-awaited SharePlay feature. SharePlay lets you watch movies and shows or listen to music with friends on a FaceTime call. You can also send whatever you’re watching on the iPhone to an Apple TV.

While iOS 15.1.1 is a fairly minor update — unless you’ve been having major issues with dropped calls on your phone — iOS 15.2 is expected to bring some more significant features. As MacRumors has reported, the upcoming software will add playlist search to the Apple Music app and the capability to bulk rename tags in the Reminders app. It will also show when a game is from Apple Arcade if you search for it and will tweak the Macro mode toggle.

iOS 15.2 is still in beta testing, but you can now get iOS 15.1.1 by going to Software Update under General in the Settings app.

Devin Booker led Phoenix to a 105-98 win at home over the Mavericks, marking the Suns’ 10th straight win and longest winning streak since 2010.

Why the Bills’ defense is the NFL’s most intimidating unit

In a weird way the Bills have been flying under the radar. The biggest reason for this is twofold: there were expectations the team was going to be great in 2021, so it’s easy to ignore — and secondly, the Bills offense has really been quite average. So, there haven’t been a lot of SportsCenter-worthy highlights this season from Buffalo.

Lost in all this is Buffalo’s defense, which is truly something special. It also defies any and all expectations we have for defense in the NFL.

Conventional wisdom tells us that pressure is generated by blitzing. Football has worked that way for generations. The Bills are iconoclasts in the most dramatic way.

To compare, the Buccaneers are generating pressure on 26 percent of snaps, but blitzing a whopping 40.3 percent of downs. But what does this all mean? One would think it doesn’t matter what the journey is if you reach the same finish point, but that’s simply not the case.

With the Bills generating this much pressure using a standard front alone, they rarely need to commit linebackers or members of the secondary to assist with the pass rush. This results in an absolute nightmare for quarterbacks, who aren’t just under pressure almost every third snap, but they can’t find open receivers when they do.

If we go back to the Buccaneers for a second, that ludicrously high blitz rate has a payoff. Tampa Bay is allowing one of the highest completion percentages in the NFL, and over 1,200 yards after the catch. This translates into a team that does get burned through the air, but relies almost entirely on their pass rush to stop plays developing before the ball is thrown.

Now, we return to the Bills. Against the pass they’ve been phenomenal.

Oh, Buffalo is also third in the NFL in rushing yards allowed, as well as average yards per carry.

So let’s put all this statistical stuff aside and break down what it means in a sentence: This team does not have a single weakness on defense.

That is not hyperbole. There is absolutely no way to attack the 2021 Bills defense. It just doesn’t happen. The only defensive blemish this team has is giving up 143 rushing yards and three touchdowns in a loss to Derrick Henry and the Titans, but that’s Derrick Henry. It’s a rare event, and outside of that nobody is having luck.

The issue for teams looking to scheme against all this, is that there’s no really good way to even play against them. The remarkable thing about Buffalo is they’re playing extremely conservative defensive football, but generating results like an incredible aggressive team. This has not happened, well, ever.

No team in recorded history in the NFL has led the league in pressures while blitzing less than 20 percent of downs. It just hasn’t happened before. The result of this is a defense so smothering that on average they’re spotting the offense 8.2 points per game. Meaning they are statistically contributing points, because of how adept that are at stopping other teams.

Only four teams in the NFL this season are having a positive defensive expected points contribution, and nobody is really close. The 2021 Bills are on pace to give 139.53 points this season. The 2020 Rams led the league with 85.89 points.

I know this is heavy, and dense — but the result is that Buffalo’s defense is so dominant the only thing that can stop them from destroying everyone is offensive troubles. It’s just that simple. If you ascribe to the idea of “a good defense beats a good offense,” well, the Bills should be Super Bowl champions.

The St. John’s Red Storm falls just short in their loss, with Julian Champagnie helping the Red Storm almost pull out the victory with 32 points and seven rebounds in a losing effort.
Tom Izzo spoke postgame of the Michigan State Spartans’ 73-52 victory over the Butler Bulldogs. He talked about his teams’ turnovers, missing open shots but also gave credit to the defense and Max Christie’s progression as a complete player. It feels like there is quite literally an app for everything. And yet, new apps are built and launched in the App Store every single day, proving there are still untapped markets waiting for your brilliant ideas.

Don’t let the sheer number of existing apps stop you from bringing your concepts to life. Start learning to program, design, and build your own apps on both Android and iOS with this mobile app development training.

With nine courses and over 70 hours of content brought to you by Oak Academy — a group of tech experts with an average instructor rating of 4.4 out of 5 stars — you’ll dive into the prominent programming languages and software required for building apps from scratch.

First things first, you’ll have to decide whether or not to dive into the world of iOS or Android (or both). It’s a smart idea to weigh your options by dipping your toes into both, which is why there are courses that cover iOS 14 and Swift 5, as well as Android Pie, Java, and Android Studio. With everything designed for beginners, you can kick off your training with whichever course sparks your interest.

As you dive into the worlds of iOS and Android, you’ll work your way through different projects and develop real-life applications with the help of the instructors. This will give you a good idea as to how your workflow will look in either operating system. You’ll get a better idea of the Swift 5 and Java programming languages and decide which you like better before moving on to creating user interfaces with React, managing and tracking your source code with Git and GitHub, and more.

If you find that neither Java nor Swift 5 is right for you, there’s a course that covers Flutter apps and the Dart programming language. Flutter is a newer way to build user interfaces for mobile but has a plugin system that communicates with iOS and Android. Either direction you go, you’ll walk away with a well-rounded mobile app development education.

Sign up for this Complete Mobile and App Development Bundle for only £33.51 for a limited time.

The Indiana Hoosiers narrowly got the victory, with help from Trayce Jackson-Davis’ impressive 18 points and 10 rebounds display. Davis also joined the Hoosiers’ 1k scoring list in the victory. SAVE 50%: ProtonVPN is one of the best services for boosting online security and accessing more streaming sites from around the world. For a limited time, a two-year subscription to ProtonVPN is on sale for £4.20 per month — save 50% on list price.

ProtonVPN has reputation for being one of the best VPNs for improving your online security, protecting your data, and bypassing geo-restrictions to unlock top streaming sites. It’s also got a reputation for being one of the more expensive services. That’s why it’s so important to capitalise on special offers, like the ProtonVPN Black Friday promotion.

For a limited time, a two-year subscription to ProtonVPN is on sale for £4.20 per month. That’s 50% off the usual price, and includes all of ProtonVPN’s most advanced features. Users get access to over 1,300 servers in 61 countries located all around the world, with strong connection speeds, P2P/BitTorrent support, and ad blocking. You can also connect 10 devices simultaneously to ProtonVPN, meaning all of your devices will remain protected at all times.

ProtonVPN also has a strict no-logging policy, which is something that matters. This secure service won’t log any of your personal information, so there is no chance of anyone getting their hands on your important data. It’s all about staying safe online.

Save 50% on a two-year subscription to Proton VPN this Black Friday. 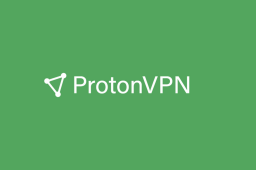